Mystery & Memories of The White Elephant on the River, London

This is going to be a bit of a long post without many photos, but fascinating, so stick with me!

One cold February day in 2010, when the sidewalks were strewn with dried up leaves left over from the Autumn months, I went for a walk along the Thames. I came across a building with boarded up windows, white columns out front and a tattered roof. It looked like a place that was host to many stories – once grand, now neglected.

I took a photo, as I tend to do while I’m walking around London, and I posted it on the blog I was writing at the time – Little London Observationist. It’s been almost a year since I stopped writing there, but still, the simple post I shared in the link above continues to encourage comments.

I didn’t give the building much thought until I saw the buzz that this photo seemed to generate. The comments started to unravel the history and the stories of a place called The White Elephant on the River (which may or may not be the building in the photo. One comment suggests this is a building down the street from the famous White Elephant on the River and was possibly owned by the same person.).

Google searches don’t seem to bring up any additional information, which I thought was fascinating given the prestige it seemed to have according to some of the comments. It seems this old club/restaurant was in its hayday during the 1960s and 70s and was frequented by quite a few celebrities. 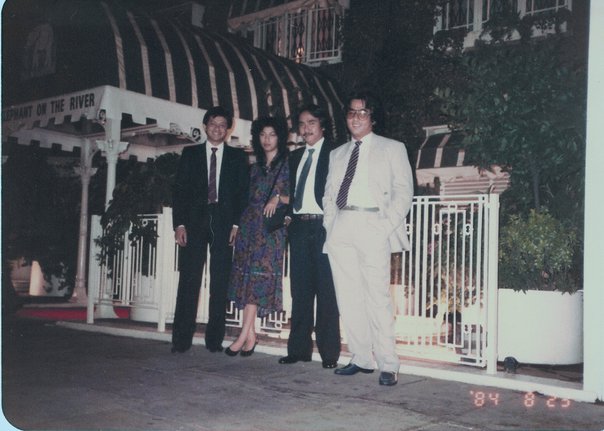 Photo: Thanks to Rosemary DeLaney for spotting this one online!

Google does tell me that this same address is now the site of expensive flats like this one sold for 3.6 million.

One of life’s little luxuries is to be given a special glimpse into the past and so I wanted to share some of the stories about this place from that old post. I don’t know how much is true or whether they are all talking about the same place since there seem to have been different branches of the club / restaurant, but read these and tell me you’re not intrigued too!

Scroll through the comments below for more memories!

It seems that this place deserves to have its stories told, which is why I wanted to re-open the conversation. I invite any of you who have been to this place to share your own tales in a comment here. If you have any photos, send them to me at littleobservationist@gmail.com and I’ll add them to this post with your credit.

Did you know I sell photography prints of London?
Feel free use the code ELEPHANTPOST for £3 off in my Etsy shop.
Thank you for reading and sharing your memories here.