Photo: Paul busting out the salsa moves in Colombia

Paul is one of those true travelers that I often envy, the ones who have carved out a path that allows them to work from anywhere, who are able to go from country to country living for a while in each new place, the ones who make a long term effort to get beneath the skin of a new place, learn the language, integrate with locals. I first came across Paul and his work with See Colombia Travel when I was living in Colombia a few years ago and have followed his adventures to Berlin where he now works as the Community Manager for Trip.Me. Below he talks about the smells and sounds and tastes that remind him of Bogotá and Berlin, why travel is important and where it is in the world that will always feel like home. 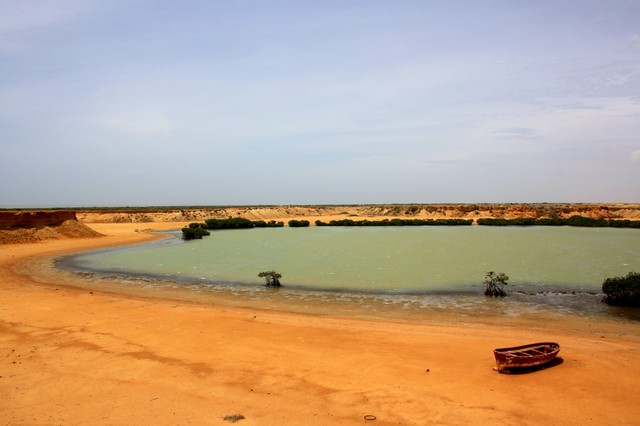 LO: Tell us a bit about yourself.
PF: My name is Paul Fowler and I’m from a small, rather uninspiring town just north of London called Stevenage. My travels have lead me to Berlin, where I’m currently based, working for a startup travel company called trip.me. I’ve only been here for about five months, but it feels like years. 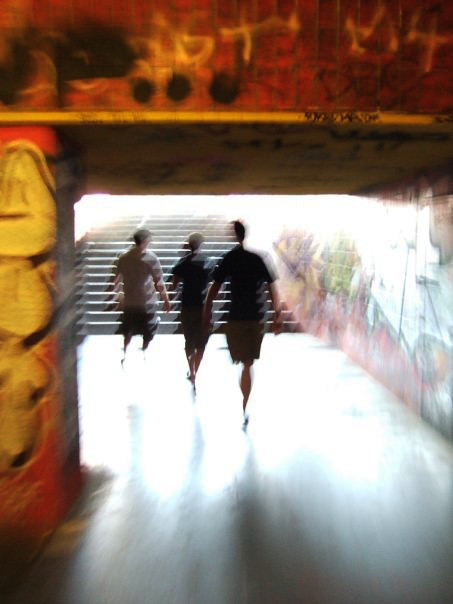 LO: Where else have you lived?
PF: I’ve lived in London, Cardiff, Buenos Aires and Bogota for varying amounts of time. I lived in Bogota for three years, so that’s had the most significant impact on my life, although all have obviously left their mark on me. Living in Colombia was an incredible experience that I can’t really sum up in a few words, but it was with an incredibly heavy heart that I left and I feel very lucky to be able to consider myself as having a second home.

LO: Why is travel important to you?
PF: Travel is important to me for many reasons. I initially wanted to travel to understand more about my own culture and to be able to see “Britishness” from an outside perspective, but as I traveled more I became more interested in learning about other cultures and experiencing life in different areas of the world. Of course, you never get a true perspective since you’ll never really escape being an “outsider” (at least, not unless you stay a long time), but I still find it fascinating and invigorating to wake up every day in a different country and face the challenges and lessons that await. When you’re abroad, every day is exciting. 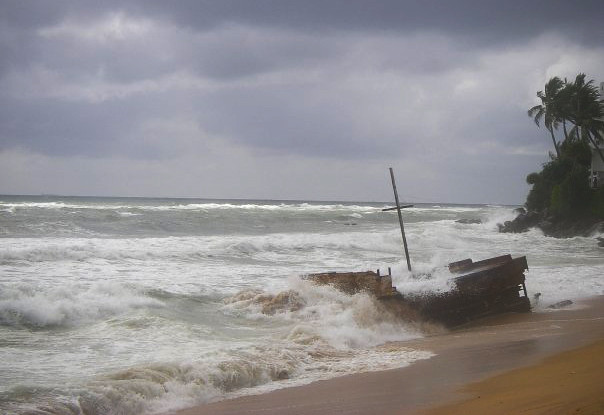 LO: When you think of Berlin, what comes to mind when you hear the following:
PF:
Sight: It would be seeing my friends here, all wrapped up for the cold, riding the Ubahn with a beer in their hand.
Smell: Berlin has a weird, industrial smell that’s hard to describe. It’s kind of metallic.
Taste: Kebabs, without question.
Texture: The cold, dark glass of a delicious bottle of beer.
Sound: Repetitive techno music.

Photo: Paul with his brother in Berlin

LO: When you think of Bogota, what comes to mind when you hear the following:
PF:
Sight: A tienda, which is basically a small, local shop that sells everything and is the perfect place to enjoy a cheap beer.
Smell: Unfortunately, that would be the smell of sweaty men after a rousing game of football.
Taste: Oddly enough, that would be sushi from Wok, which is a great restaurant you’ll find in Bogota.
Texture: Other people’s hands. There’s so much dancing and hand shaking going on in Colombia, you end up touching hands a pretty shocking amount.
Sound: Without question it would be a salsa song – most likely La Rebelion by Joe Arroyo, although there are many more. 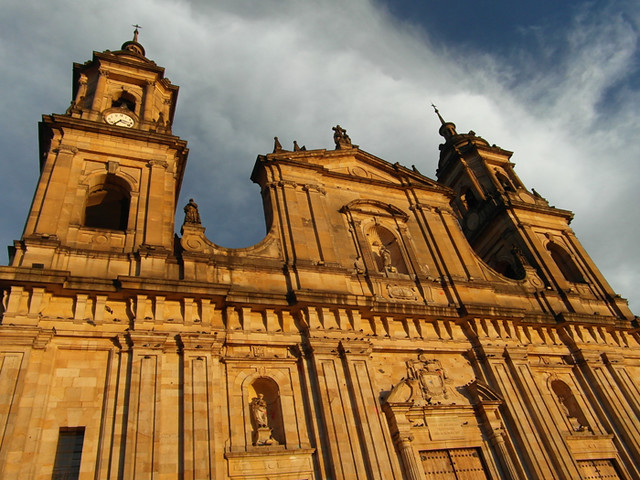 LO: Little Observationist is about taking time to appreciate the little things in everyday life. What little things have you most appreciated this week?
PF: I’ve had a pile of clothes washing collecting for about six weeks now, so if I’m totally honest it was the smell of my room as I returned from work to my clothes drying out. That freshness, coupled with the fact I could wear clothes I actually liked again was kind of a special feeling – and almost made it worth not doing my washing for that long beforehand. In a more travel-related sense, however, I’ve really been appreciating the change in the weather, and that unmistakable excitement that’s in the air once February is over and Spring begins to creep upon us.

LO: If distance wasn’t an issue, where in the world would you eat dinner tonight? And where would you go for drinks?
PF: If distance wasn’t an issue, I’d love to head to India and eat the best curry they have. As for drinks, I’m pretty spoiled for choice here in Berlin, but I would choose to either head to New York (my favourite city) or Bogota to see everyone and enjoy a classic Colombian style rumba. 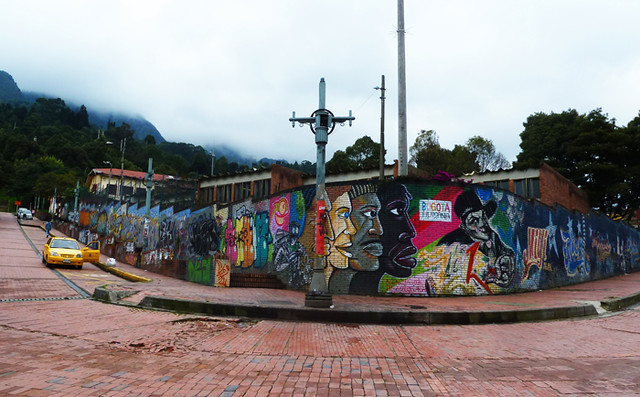 LO: Tell us the story of one of the most memorable encounters you’ve had on your travels.
PF: I guess this would have to be my encounter with one JL Pastor in Buenos Aires, Argentina. He was my boss at Global Encounters and I did an internship there. Basically, it could have been just a simple boss/intern relationship, but JL showed a little faith in me, got to know me and eventually invited me to work with him and his wife in Colombia, where they started See Colombia Travel. Accepting the offer from Marcela was probably the best decision I’ve ever made.

Through meeting and working with JL, I’ve met so many friends, learnt a new language, met my girlfriend, lived in two countries and been given the skill set and experience to move here to Germany and continue to climb up the ladder and keep learning. I couldn’t be more grateful. 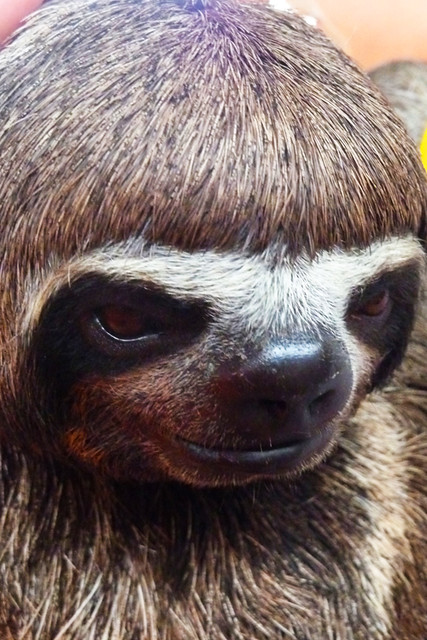 LO: Share your favourite Berlin discovery so far.
PF: My favourite discovery would have to be Spati beers. What are Spati beers? Well, a Spati is basically a 7/11, only here it’s pretty much 24/7, and drinking on the street is legal. Being the indecisive man I am, this makes for a perfect evening for me: wandering around the streets talking about what we’re going to do without actually doing anything. So yeah, Spati beers are my favourite discovery.

If you’re after something a little more appealing for the average tourist, be sure to check out Cafe Kotti at Kottbusser Tor. Great atmosphere, good mix of music and a great place to relax. 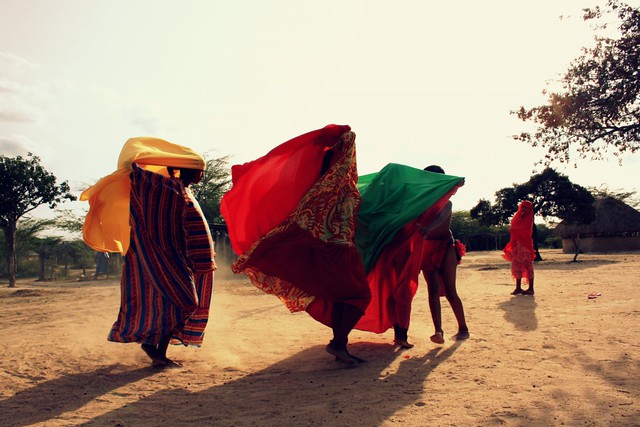 LO: What do you miss most about Colombia?
PF: It’s funny; the things I miss about Colombia are the hardest things to articulate. When I was there, I missed things that make life easier: knowing there’ll be a toilet seat and toilet paper; supermarkets with food from all over the world; good public transport; and things like that. From Colombia I miss el sabor, which is to say, I miss the way of life. I miss Colombian-ness, salsa, people’s overwhelming ease with being emotional and the general optimism that exists for life. Europe is great for many reasons, but there’s a certain cynicism about people here that’s missing in Colombia.

LO: And what do you miss most about London?
PF: From London, I miss the sheer variety of things there are available: any food, any culture, any subculture, anything. It feels very much like the centre of the world and like things happen there, which is exciting (even if it is tiring). It also still will always feel like home to me, and though that’s a feeling I’m not ready for just yet, it’s also very easy to miss once in a while. 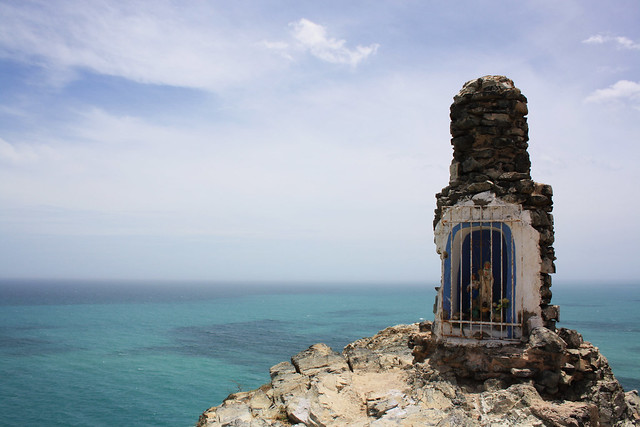 LO: Share three websites or blogs that inspire you and tell us why.
PF:
1.) I will always be inspired by the work of the Colombia Travel Blog, who continually seek to promote something they’re passionate about (Colombia) in new and innovative ways with very little budget.

2.) I love the work Flora The Explorer does on her blog. I like the ease of her style, and what she writes about is always easy to relate to.

3.) Finally, The Guardian. It might be trite, but it’s an aspect of British culture that I’m proud of: a (relatively) independent media outlet that seeks to produce (mostly) real journalism.

Keep up with Paul on the Trip.Me Blog.